Do We Give Men Short Emotional Shrift In Our Stories? 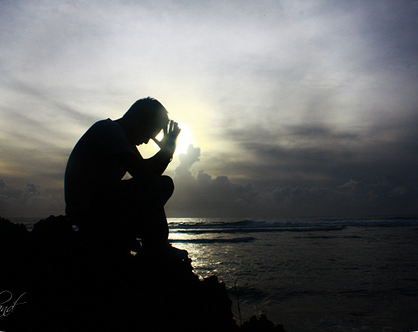 Plucky (or unplucky) heroine is in new situation. Her past love life has been disappointing, or hurtful or just plain dismal. She may have faults, or is just unlucky. Enter Mega Hunk Hero. He is the alpha of his world. Big, powerful, in control, and often rich, he is unusually hunky and gorgeous. However, he may have a hidden physical or emotional flaw that only matters to him. His past love life is equally dismal as plucky heroine. For his physical needs he has consigned himself to one-night stands or a FWB relationship with someone with who he has no emotional attachment. Once POUP heroine arrives he is intrigued, but has low expectations of anything coming out of his interest. However, some incident draws the two into close proximity. Their physical reaction is immediate, overwhelming and confusing. POUPH and Mega Hunk spend several chapters in avoidance/denial until they can’t deny their attraction any longer and they have HOT SEX, the hottest sex either experienced or is ever likely to again. More chapters of avoidance/denial until Mega Hunk realizes that he is in LOVE with the POUPH and can’t live without her. He proposes marriage and HEA ensues.

More of the same above, except POUPH and Mega Hunk have HOT SEX right away, and POUPH has moments of angst over “it’s just sex and I shouldn’t get so emotional about this.” Mega Hunk has a similar reaction. Avoidance/denial until HOT SEX happens again and then the Mega Hunk proposes marriage and HEA ensues.

In these genres many of the elements are the same but are amped up. The Alpha male(s) not just has an attraction to the POUPH (hero or heroine because these genres are more inclusive of LGBT themes and alternative lifestyles) bur has identified said POUPH as his/their soulmate, bondmate, whatever; the one true sexual and emotional interest of the Mega Hunk(s). It is an intensely physical reaction. They have HOT SEX in which Mega Hunk(s) claims the POUPH, in which Mega Hunk(s) bites, drinks the blood of or in some other way marks the victi-er-POUPH. This is done often without the POUPH’s knowledge of the consequences of said claiming. The POUPH then doesn’t understand the import of the AMAZINGLY HOT SEX he or she had with Mega Hunk(s) but he or she better well get used to it. This is because he or she will continue to have AMAZINGLY HOT SEX along with a concurring restriction of any other life choices as the Mega Hunk(s) becomes the sole focus of the POUPH’s life. Regardless, HEA is assured because Mega Hunk(s) and the POUPH are bound FOREVER.

Note: In all these scenarios the Mega Hunk has unusually large sexual equipment and an extensive sexual history, with a concurring acquisition of sexual skills, which assures that both the Mega Hunk and POUPH will have AMAZINGLY HOT SEX. Also, Mega Hunk always has incredible sexual endurance and is ready to go ago in minutes if not seconds. In other words, he is a sex machine.

I don’t think I have to keep hitting you over the head here, because it’s pretty obvious that these fantasies have no basis in reality. And it kinda embarrasses me as a woman because it’s clear that women here are doing what we deride men doing to women in real life, making the man a sex object.

Oh jeez. Could it be the genders aren’t that different after all?

Samantha Rodman in a HuffPo piece did a great job in detailing all the ways women get it wrong about men and relationships:

1. It isn’t about love for him, it’s about getting off.
First of all, that’s a pretty depressing way to think about your husband wanting to have sex with you. It can turn into a self-fulfilling prophecy too, by which I mean, if you think your male partner just wants to get off, you will detach emotionally from sex, and then sex for both of you will just be about getting off (and that’s even in a best-case scenario where you both do). But honestly, I have never seen a couple come into therapy where the man truly viewed sex with his wife in this way.

I just realized that this piece could go on for several thousand more words on the ramification of men showing feelings (or not) but Allan G. Johnson covered that well in his book The Gender Knot.