Thank you for letting me share my new book with your readers. Like many, I’m a fan of the Hobbit movies. More specifically, of Lee Pace, who played Elven King Thranduil. The character so resembled my hero, Pietas, that I delighted in watching Pace portray him. There was one scene where Thranduil puts the dwarf king, Thorin (actor Richard Armitage), in prison. He tells him he can stay there and rot because a hundred years is a mere blink in the life of an elf. I loved that scene and watched it repeatedly. When I wrote the scene below, I saw a chance to pay homage to the scene (and the actors).

When the immortal Pietas is marooned on a barren world with no food and few survival tools, he knows it could be worse. He could be alone. But that’s the problem. He’s not.Half a million of his people sleep in cryostasis, trapped in their pods and it’s up to Pietas to rescue them. Before he can save his people, he must take back command from a ruthless enemy he’s fought for centuries. His brutal, merciless father. Immortals may heal, but a wound of the heart lasts forever…

Amazon and in print. Free on Kindle Unlimited

Angst, a little humor, some sweet romance, and a ton of betrayal with plenty of vengeance. Oh, and let’s not forget–one ginormous black panther “kitty.”

In this excerpt, Pietas and the search party sent to find him have become lost and have walked for hours. When he realizes they’re near a summit that will allow him to see the valley they searched for, he heads for it. Joss, the telepath, and warrior he loves tries to keep him from going, insisting she has a better vantage point. Pietas suspects a trick.

“Joss. The truth this time.”

While she studied him, Pietas remained motionless. The gentle prod of her mind across his shields reminded him she’d seen his thoughts despite his best efforts. Or perhaps she’d allowed him to be aware. In the past, he’d noticed such intrusion during training but not outside it.

“Pietas, if you want to see the caldera from this point, I can’t stop you, but once you see what’s out there, you can’t un-see it. I want to spare you the devastation until you’ve had a chance to see the good side. If I take you in through the pass, you can appreciate the true beauty of this place first. Maybe come up with a way we can make it work here. Survive.”

According to Joss, half a million of his people lay in helpless cryosleep within lifepods on the other side of that hill. Over three thousand pods had been damaged beyond saving. The frozen immortals within them shattered.

A short hike above, the summit waited. In two short minutes he could see for himself. “How long would your route take us?”

“Less than a half hour.”

Once more, the short distance to the actual summit drew his attention. How many steps?

“Pi?” Six nudged him. “Is that even a blink in the life of an immortal?”

His sister scoffed. “You?” Turning to the twins, she pointed at Pietas. “That is not my brother.”

No, he was not. He was far better. His sister could see the change. Why would she not accept it?

Resisting the urge to respond with cynicism, Pietas shut his mouth.

He indicated the route Joss wanted to take. “Let’s go your way.”

“Thank you for listening to me.” Joss took Pietas by the hand, reached up, and dragged a fingertip down the cleft in his chin.

“This place is stunning. I hate that so much of it will be spoiled by our being here.”

“No, she–” The look Joss sent his way resembled pity. “You’ll see. Not far now.”

“You’ve been saying ‘not far’ for hours. Did I not teach you to mark trails?”

Oh, but it would. She wouldn’t mean for it to happen, but it would. He’d tried for centuries to teach her how to find her way, to no avail. He kissed her cheek and drew her into his arms, savoring her warmth.

“Joss.” He placed his mouth near her ear. “You couldn’t find your way out of a round room with one door.”

She jerked up her head and looked at him, eyes wide. 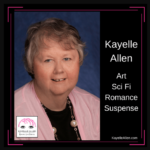