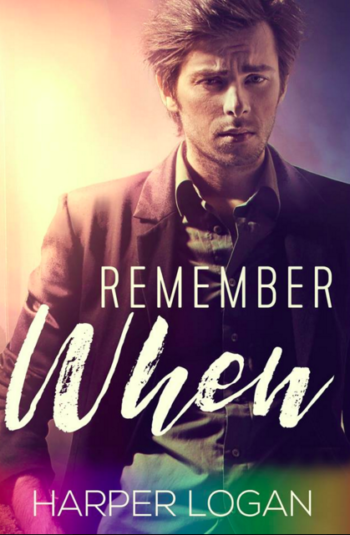 Blurb:
When Cuke awakes in the hospital, a piece of him is gone. Three years have disappeared from his mind, and he doesn’t even recognize his life – or the people in it. And then there’s this super hot guy who appears to be his boyfriend…

Bouj will never be able to erase the memory of Cuke’s skull cracking against the pavement during a typical game of basketball. He’d do anything to help his roommate piece his life back together, but he runs into an awkward situation when Cuke seems to think Bouj is his boyfriend. He knows he should correct his friend’s mistake… and yet, something stops him.

Will Bouj realize that his feelings for Cuke run deeper than heterosexual affection? And even if they find love in each other’s arms, will Cuke ever remember how they got to this point?

(Remember When is a is a 50,000-word steamy M/M friends-to-lovers romance with low angst, no cliffhangers, no cheating, and a guaranteed happily ever after!)

Review: There are no surprises here. The author delivers as promised. It’s an easy read, flows smoothly and as teased in the blurb–no angst.

The premise is interesting. How would you handle it if you lost three years of your life, and everything you were or thought you’d accomplish by this point took a sharp left turn that you don’t remember?

This is what happens to Cuke, but things don’t evolve the way you expect them to.

So, no spoilers, but here are the nits I have about this story.

One. The unusual names. Cuke and Bouj are nicknames given in the collegial fraternity manner young men have to fashion ridiculous monikers. But, the names were so odd, they grated my brain and threw me out of the story.

Second, and this one is a common complaint I have of some MM stories, authors cast important secondary female characters as villains or semi-villains. Here both male protagonists have problems with their parents. The parents had complex lives and treated as cardboard cutouts of real people. The two protagonists handle their parents with an “oh well, now that we are adults we don’t have to worry about those annoying parental units.” Don’t be disappointed that there is no resolution on that front.

Three, Bouj’s “gay-for-you” revelation. Are you telling me that a healthy young man accepted a “low sex drive” when it came to the women he dated but all through his teen years he didn’t realize what gender attracted him? I don’t buy it.

As I said, they are nits, and overall shouldn’t affect most people’s enjoyment of the story.

For 50K words, it is a fast read, a testament to the smoothness of the writing and editing. The characters are likable, and the relationship they create is sweet. If you like easy-on-the-brain MM romance, this book is for you.

Copyright image used under US copyright law that allows low-resolution image for commentary.