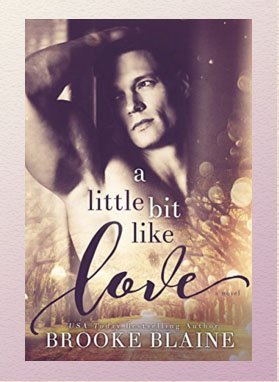 What if you had everything in the world you wanted…except the man you’d left behind?

Jackson Davenport, the charismatic, strait-laced heir to the Davenport fortune, has a secret. One he’s been hiding since he graduated from South Haven all-boys academy—and that secret’s name is Lucas.

When a work trip takes Jackson back to his old stomping grounds, memories of the year he shared with Lucas come crashing to the surface. With growing pressure from his father to settle down and take over the family business, Jackson knows he’s on borrowed time, and sets out to find the free-spirited daredevil he once knew.

But Lucas isn’t the same man he was eight years ago.

One night. A shattered heart. And an endless parade of nameless faces. Lucas Sullivan is South Haven’s ultimate playboy, a reputation he’s honed since the only boy he ever loved left without a trace. To the world, he’s brash and confident, an in-demand artist who spends his days designing one-of-a-kind pieces and his nights as king of the downtown scene.
Many have tried and failed to get past the barrier he’s carefully constructed, but it’s the shy, studious boy he once coaxed out of his shell who still haunts him.

With one-hundred and fifty-two (mostly) five-star ratings on Amazon Brooke Blaine doesn’t need my review. But she’ll get one anyway.

A seasoned MF romance writer, Ms. Blaine, shows she can handle MM Romance too, drawing interesting and unusual characters. The prose flows well and is a delight to read. I enjoyed Jackson’s exploration of his feelings for Lucas. As for Lucas, the handsome, yet emotionally distant king of one night stands, what’s not to love?

Both main characters have their insecurities and their flaws. Jackson, the only son of an extremely rich man who owns a (vaguely described) world wide corporation, is expected to carry on the family name and business. Jackson’s father is a blatant homophobe who freaked out when he learned his high school son became involved with Lucas. Jackson didn’t have the time or maturity to figure out where his feelings for Lucas could lead or to his sexuality. Lucas, however, knew exactly both and shattered when Jackson’s father pulled Jackson suddenly out of school. Eight years later, they reconnect rockily and struggle to pull their mangled emotions into a real relationship.

I have a few little niggles about the plotting. Connecticut, where Jackson and his father comes from, is not a place were homophobia is tolerated. While it is certainly possible that individuals harbor such feelings in their hearts, they just wouldn’t be well-received in the broader community even, or perhaps especially, among the rich. The elder Davenport would be considered a dinosaur in his thinking. I have a hard time believing that world traveler Jackson wouldn’t realize this about his father or kowtow to him for as long as he did.

Conversely, the tourist town of South Haven, South Carolina, is exceptionally liberal for a Southern town. It is liberal enough that one of the secondary characters, Bash, dresses in unusual and non-binary fashion to which no one but the elder Davenport raises an eyebrow. Again, I’m not saying this couldn’t happen in real life, just for a Southern town it just doesn’t feel right, at least to me.

Lastly, the final climactic clash between Lucas and Jackson a real reason to happen instead of a misunderstanding. I won’t go into spoilers, but it was based on the immaturity and insecurities of one of the characters that ultimately was resolved with a good stiff talking to and a little name calling.

But the writing itself was so pleasurable to read, I was able to put these little things aside so I could feel “A Little Bit Like Love,” from the inside out.

Copyrighted low-resolution image used under US Copyright Law Fair Use provisions for use in commentary about the work.